When you have a need for fast and reliable merchant processing service in West Covina, we are ready to come to you. Wherever you are in West Covina, our staff is ready to instantly help you get going with credit card processing and merchant services to help your small business succeed and accepting payments without any glitches. 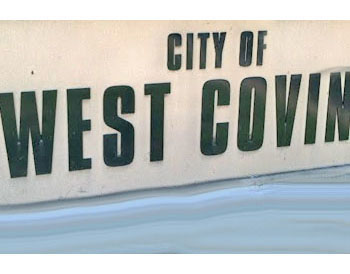 West Covina is a city in Los Angeles County, California, located 19 miles (31 km) east of Downtown Los Angeles in the eastern San Gabriel Valley and is part of the Greater Los Angeles area. The population for the city was 106,098 at the 2010 census.
West Covina was incorporated as an independent city in 1923 to prevent the city of Covina from building a sewage farm in the area. Walnut groves and orange groves continued to flourish during the subsequent decades. The population in 1930 was 769 and blossomed to 1,549 in 1940. As a result of remarkable expansion during the post World War II building boom, West Covina became one of the fastest growing cities between 1950 and 1960 in the United States with the population increasing 1,000 per cent from less than 5,000 to more than 50,000 citizens. The last two decades have continued to demonstrate steady growth until late 2009 slowing to 0.8% growth. The number of residents expanded to a total of 96,242 as of the 1990 Census.
The City of West Covina began the second half of the 20th century with new developments and projects, mostly brought on by big business. The City Hall and police facility were built in 1969 as the first phase of an example of a Joint Powers Authority in the County of Los Angeles. The Civic Center Joint Powers Authority, consisting of the County of Los Angeles and the City of West Covina, also completed a three-level parking structure in the Civic Center complex. The Civic Center complex includes the Los Angeles County Regional Library and the Citrus Municipal Court building and the city offices.
The 2010 United States Census[2] reported that West Covina had a population of 106,098. The population density was 6,594.3 people per square mile (2,546.1/km²). The racial makeup of West Covina was (42.8%) White (15.3% Non-Hispanic White),[3] (4.5%) African American, (1.0%) Native American, (25.8%) Asian, (0.2%) Pacific Islander, (21.3%) from other races, and (4.4%) from two or more races. Persons of Hispanic or Latino origin were (53.2%).
The Census reported that 105,424 people (99.4% of the population) lived in households, 351 (0.3%) lived in non-institutionalized group quarters, and 323 (0.3%) were institutionalized.