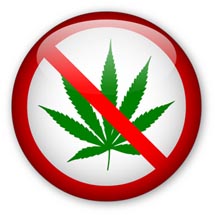 Many may argue that American Express’ move is an overly arbritary and caprious one, wondering how the company can overrule a practice that 15 states have made legal.  Visa, Discover and MasterCard have not (yet) established similar policies.  Only time will tell if the companies will follow suit, leaving medical marijuana dispensaries as cash and check only enterprises.

In the meantime there may be hope on the horizon for the disenfranchised credit card holders.

From – Scot Kersgaard at Washington Independent

“I haven’t seen it (the prohibition) with other credit cards,” said Aaron Smith, executive director of the National Cannabis Industry Association.
“I don’t understand why they would turn their back on a $2 billion industry. It’s perplexing.”  Colorado Rep. Jared Polis has said he will introduce legislation that makes it clear that banks can maintain normal business relationships with legal medical marijuana businesses without fear that they are in violation of any federal laws. His office said the bill will be introduced soon–possibly this week.

1st National's Wireless credit card machine, has helped us increase our business, offer convenience to our customers, and make us feel on the cutting edge of the payment technology ! Can you believe 2 brothers, with separate Electrical and Painting businesses sharing the same wireless machine?

Nick Mendoza & Joel Mendoza
R & N Electric & Painting
We own a number of rental properties and were not aware of the power of plastic for rent payments. 1st National has helped us reduce our monthly bank NSF fees, speed our payment processing & pass the fees to our renters preferred method of payment. Thank you, 1st National Processing.