Chargebacks are reverse credit-card transactions that can happen when a consumer disputes a charge, if the card is lost or stolen or if there’s a processing error. Business owners are ultimately responsible for the amount charged back to the company. To recoup the loss, merchants must prove to the card company that the transaction was valid, which often can be hard to do.

Small-business owner Dean Thompson recently took a routine look at his company’s bank account expecting to see an increase from the last time he’d checked it. Instead, he saw the balance had dropped by more than $3,000.

The culprit: a chargeback.

In Mr. Thompson’s case, credit-card payments made to his Austin, Texas-based business-services firm, EnterprisingWorks LLC, had been reversed because a customer disputed the charges. To show the charges were legitimate, Mr. Thompson said it took 12 hours in phone calls and paperwork to prove he had done work for the client. 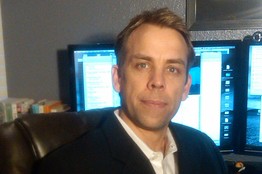 Chargebacks generally are rare. Less than .01% of all credit-card purchases are disputed, according to Heartland Payment Systems Inc., a merchant-services provider that processes payments for more than 250,000 small businesses. But at small firms, where every dollar counts, even an occasional chargeback can cause big headaches.

“When it comes to big-box retailers…they have their own investigation team whose only job is to combat chargebacks,” says Douglas J. Mack, president of Payex, a merchant-services firm in Columbus, Ohio. “With only one or two employees, small firms don’t have the bandwidth to do that sort of thing.”

Credit-card companies also charge merchants a fine—typically between $15 and $25 a chargeback, says Mr. Mack—which can be costly when coupled with the lost sale and the lost product.

Mr. Thompson says he feels fortunate that he had enough evidence to challenge the chargeback and get his funds returned. He recommends that other business owners carefully document the sales of their products and services—which may be difficult for owners who “work on handshakes.”

To make sure he doesn’t get caught in a cash-flow shortage again, Mr. Thompson has set aside 3% of his 2011 budget for unanticipated payment disruptions.

All of our suppliers must be: available, accurate, and offer good value to our corporation. We now are 32 locations strong and are expanding rapidly every other month. Our credit and debit card services has been with 1st National Processing for 4 1/2 years now. We are very satisfied with the professionalism of the staff and their comprehensive customer service.

John Elisha, Vice President
Trimana Goodies Deli
We make signs all over town and switching to 1st National from another processor has allowed us to save money every month and improve our service by accepting debit cards, upgrade our terminals and run our online store via their ecommerce options. We recommend them to your for Processing and more.