Keri Salls posted to her blog about cool research project published by Saras Sarasvathy, a Professor at the University of Virginia, captures distinctions between entrepreneurs & corporate executives in how they think. 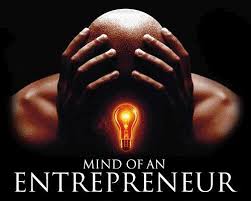 In her article in the new issue of  Inc Magazine, Leigh Buchanan says, “Saras Sarasvathy concluded that master entrepreneurs rely on what she calls effectual reasoning. Brilliant improvisers, the entrepreneurs don’t start out with concrete goals. Instead, they constantly assess how to use their personal strengths and whatever resources they have at hand to develop goals on the fly, while creatively reacting to contingencies.”

Entrepreneurs are known for possibility thinking. They “Do the doable, then push it”.

“That is not to say entrepreneurs don’t have goals, only that those goals are broad and—like luggage—may shift during flight. Rather than meticulously segment customers according to potential return, they itch to get to market as quickly and cheaply as possible, a principle Sarasvathy calls affordable loss.”

“Sarasvathy (the researcher) concluded that master entrepreneurs rely on what she calls effectual reasoning. Brilliant improvisers, the entrepreneurs don’t start out with concrete goals. Instead, they constantly assess how to use their personal strengths and whatever resources they have at hand to develop goals on the fly, while creatively reacting to contingencies…This is not say entrepreneurs don’t have goals, only that those goals are broad and–like luggage–may shift during flight.”

Here are some of their attitudes: “I don’t believe in market research. Instead of asking all the questions, I’d try and make some sales.”

“Ultimately, the best test of any product is to go to your target market and pretend like it’s a real business.”

“I always live by the motto ‘Ready, fire, aim.’ I think if you spend too much time doing “ready, aim, aim, aim,” you’re never going to see all the good things that would happen if you actually started doing it. I think business plans are interesting, but they have no real meaning, because you can’t put in all the positive things that will occur…if you know intrinsincally that this is possible, you just have to find out how to make it possible, which you can’t do ahead of time.”

Ah, here’s the creator coming out in them: “if you know intrinsically that this is possible” – these people get an idea that some product or service would be valuable and then they find a way to make it work. They use their own creativity and independent judgment to determine whether something it’s valuable.

One of the reasons even the best of market research doesn’t always work is that people often don’t know what they want or need, or whether they will like a product until they actually try it – especially something really new. Research shows that a small number of people accept a new product right away, but most take a while.

I suspect great entrepreneurs are at least intuitively aware of this, which is why they focus on getting the product out to market and selling it as soon as possible – let people try it, see if/that they like it, then spread the word.

Here, from MSNBC, are history’s 10 greatest entrepreneurs (some tongue-in-cheekiness involved) —

1. King Croesus. A pick by our veterans committee, Croesus, who ruled the Asia Minor kingdom of Lydia in the sixth century B.C., is owed a huge debt of gratitude for minting the world’s first coinage, thereby creating in a single stroke the lifeblood of every business: liquidity and cash flow. Moreover, his opulent lifestyle has given entrepreneurs throughout history something to shoot for. Is there a greater distinction for the commercially inclined than to be deemed “as rich as Croesus”?

2. Pope Sixtus IV. Sixtus gets the nod for realizing that the “wages of sin” meant more than unpleasant repercussions. There was money to be made in damnation, and Sixtus mined it by opening up a new market — the dead — for the indulgences the church had been selling for years. Relatives of the deceased quickly filled the Vatican’s coffers with payments intended to lessen the time their loved ones spent in purgatory. In 1478 Sixtus “grew his market” by authorizing the Spanish Inquisition, which swelled purgatory’s ranks by 100,000 souls in 15 years. He also was the first pope to license brothels.

3. Benjamin Franklin. In a real sense, Franklin was America’s first entrepreneur. Unlike other of the Founding Fathers — the hypermoral Washington, the prodigiously intellectual Jefferson — whose virtues and attainments are seen today as anachronisms, Franklin truly was a model of what many of us would become. Beneath the statesman’s mantle resided a popular author, a printer, an inventor (the lightning rod, bifocals) and a very savvy businessman who knew how to commercialize the fruits of his fertile mind.

4. P.T. Barnum. Americans have always loved a good scam and Phineas Taylor Barnum took the art to new heights. He played on our fascination with the bizarre and freakish with sideshow acts ranging from the midget Tom Thumb to Jumbo the giant elephant. In between was a host of more dubious curiosities. He created the Barnum and Bailey Circus as a showcase for all this wonderment, and dubbed it “the Greatest Show on Earth.” Along the way he invented modern advertising and became rich. For the record, he never said “There’s a sucker born every five minutes,” but he left behind plenty of other bon mots. Among them: “Every crowd has a silver lining.”

5. Thomas Edison. What do you say about the man who gave the world the electric light, the phonograph, talking motion pictures and more than 1,300 other patented inventions? That he was the world’s greatest inventor, certainly. But he was also able to exploit the profit potential in his creations, an entrepreneurial bent that asserted itself when Edison was a teen-ager, printing a newspaper in the baggage car of a rolling train and then selling copies to passengers. His impact on the way people live was and is pervasive. As a combination of inventive genius and entrepreneurial flair, he stands alone.

6. Henry Ford. Ford also fundamentally changed human lifestyles by making available a vehicle, the Model T, that vastly extended people’s range of movement. The automobile would allow America’s masses to fulfill their Manifest Destiny to populate every corner of the continent. But his more profound impact was on industry. The moving assembly line he designed to build his cars was the signal breakthrough of the Industrial Age. Appropriately, Ford earned the seed capital for his enterprise by working as an engineer at the Edison Illuminating Company in Detroit.

7. Benjamin Siegel. Known as “Bugsy” to his friends,Siegel was a notorious mobster with a touch of the visionary. Legend has it that he single-handedly invented Las Vegas, and that’s a stretch. But he was the first to see what the town could become: a lush oasis of pleasure where gambling was just one of the attractions. He also proved adept at attracting other people’s money to build his iconic resort, The Flamingo. Trouble was, some of those other people belonged to an outfit called Murder Inc., and Siegel was gunned down in 1947 amid rumors he had stolen from his partners. But give the devil his due: Before there was the Bellagio, there was Bugsy.

8. Ray Kroc. Nothing says entrepreneur like persistence, and nothings says persistence like Ray Kroc, the kitchen wares salesman who in 1954, at age 52 and in poor health, had his imagination hijacked by a family-run restaurant in the desert outside Los Angeles. Once he had bought out the McDonald brothers, Kroc proceeded to take their concept of a limited menu, fast service and low prices and expand it nationally, in the process creating the fast-food industry and dramatically affecting America’s lifestyle and, sadly, collective health.

9. H. Ross Perot. Within every entrepreneur lurks a touch of the cowboy, and there’s no better example of the strain than Perot, the diminutive Texan who has become best known in recent years as a political gadfly. Before that, though, he was all business, using a $1,000 loan from his wife in 1962 to launch Electronic Data Systems. Perot’s winning idea was that large corporations and organizations needed data-processing help if they were to take full advantage of computer technology. When in the mid-’60s he won contracts with two new federal health-care programs — Medicare and Medicaid — EDS was off and running and Perot was on his way to being one of America’s richest citizens.

10. Jobs & Wozniak. Apple Computer’s two Steves weren’t the first Silicon Valley entrepreneurs to launch a billion-dollar business from a Palo Alto garage — Hewlett and Packard were there before them — but they were the first to democratize computing by creating a machine whose use was so wonderfully intuitive that even technophobes embraced it. Combine the elegance of Wozniak’s operating system design with Jobs’ marketing savvy (remember Apple’s “1984” ad?) and the result was a true phenomenon. Yes, the Apple was eclipsed by the PC, but only after Microsoft (behind the vision of two other notable entrepreneurs, Bill Gates and Paul Allen) developed Windows to ape its rival’s ease of use.

We own a number of rental properties and were not aware of the power of plastic for rent payments. 1st National has helped us reduce our monthly bank NSF fees, speed our payment processing & pass the fees to our renters preferred method of payment. Thank you, 1st National Processing.

David Ebrami
Ebco Realty, Inc.
All of our suppliers must be: available, accurate, and offer good value to our corporation. We now are 32 locations strong and are expanding rapidly every other month. Our credit and debit card services has been with 1st National Processing for 4 1/2 years now. We are very satisfied with the professionalism of the staff and their comprehensive customer service.