The report, ‘Your brand: At risk or ready for growth?’, penned by Professor Michael Hulme from the Social Futures Observatory, estimated that this lack of consumer trust in brand messaging equated to nearly US$426 billion being spent on ineffective advertising in 2009 alone. mdalton This article is copyright 2010 TheWiseMarketer.com). 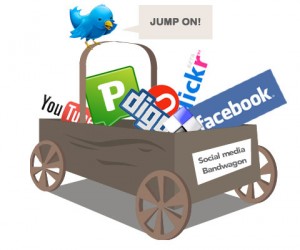 The light at the end of the tunnel, according to Hulme, is that consumers who actively engage in the use of social media tend to feel more in control of their relationships and also feel more positive about their connections with organisations in general. In fact, one third (31% in the UK and 35% in the US) of consumers using social media said they believe that ‘companies are genuinely interested them’.

The report calls for businesses to commit to a major investment in appropriate skills across every department to make the most of the opportunity that social media affords them. The analysis, mobilisation and interpretation of data, possibly even in real-time, presents significant challenges to the existing skill sets of current employees.

The report also highlighted the fact that many organisations still do not recognise the need to change, with 58% of respondents believing that the lack of a social media strategy was due to the absence of board-level support.

1st National's Wireless credit card machine, has helped us increase our business, offer convenience to our customers, and make us feel on the cutting edge of the payment technology ! Can you believe 2 brothers, with separate Electrical and Painting businesses sharing the same wireless machine?

Nick Mendoza & Joel Mendoza
R & N Electric & Painting
We own a number of rental properties and were not aware of the power of plastic for rent payments. 1st National has helped us reduce our monthly bank NSF fees, speed our payment processing & pass the fees to our renters preferred method of payment. Thank you, 1st National Processing.